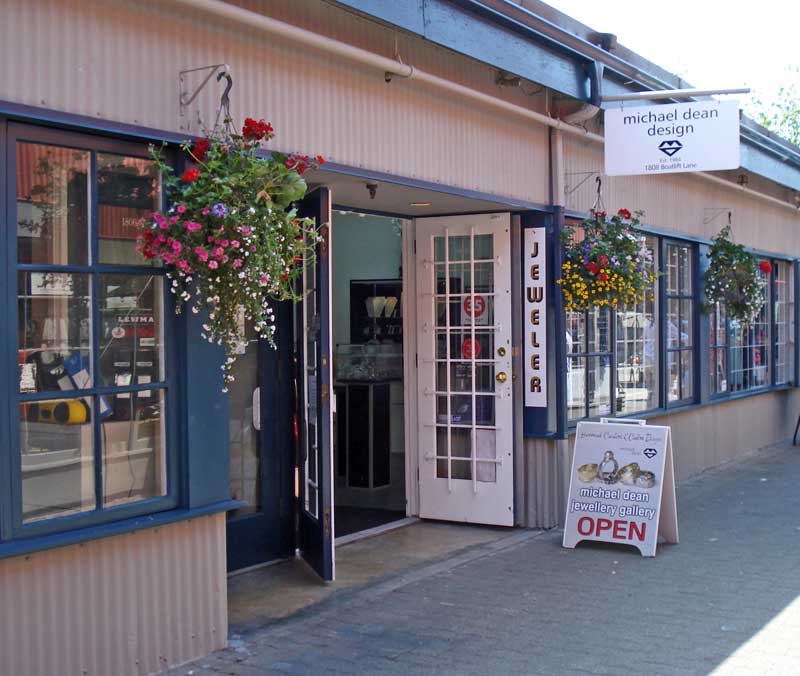 Michael Dean Jewellery Gallery has been on Granville Island since 2005. The Gallery has expanded from just Michael Dean and Carole Baldock to showcase 10 Canadian Jewellery Designers. We are proud to be a showcase for the great talent that we have in this country. These include notable Designers Janis Kermen, Adele Van Tonder and Bayot Heer to name just a few.  These designers bring a diverse selection of designs to the Gallery.

This unique space has paned glass windows, vaulted ceiling and French doors. It features glass showcases, hardwood floors and LED lighting highlight the featured Canadian Artists’ designs. We are always looking forward to welcoming old and new patrons to the Gallery. The Gallery has created an environment that is approachable to both new and experienced jewellery lovers! 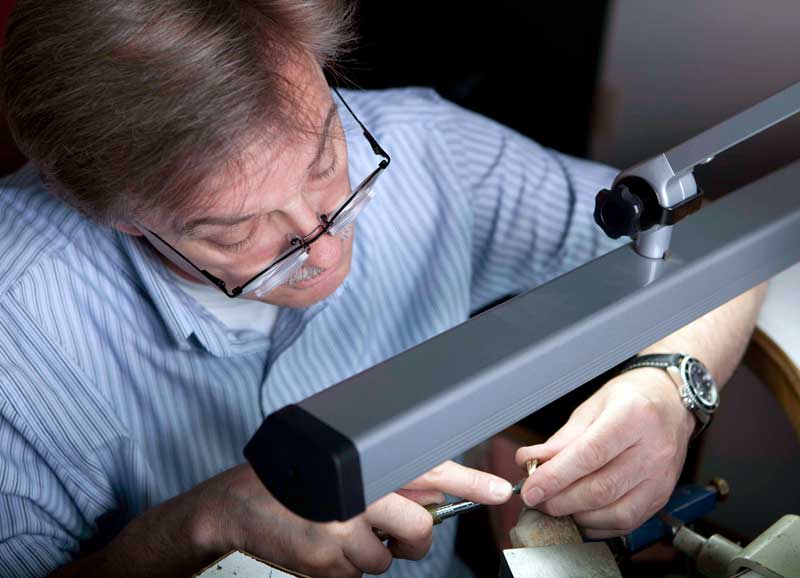 Michael Dean was a Master Goldsmith and a Master Gem Setter this gave him the advantage of being able to create a design, fabricate the piece and set the stones which is rare for jewellers. He was sought after for his specialty of Pave Setting and Gypsy Setting. 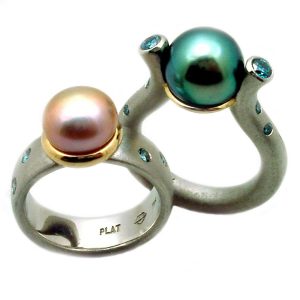 Canadian Jewellery Designer Carole Baldock is Michael Dean’s wife/business partner and has been making jewellery for 14 years.  Carole  background before joining Michael was twenty five years in managing businesses then teaching business and computers.  She manages all elements of the Gallery.

In 2000 Carole Baldock joined in the designing and creating for Michael Dean Jewellery , she specializes in pearl designs and fashion forward silver creations. Carole is a pearl lover and connoisseur, all you have to do is spend five minutes with Carole talking about pearls and you will love them too. Carole has also created the Silver Abstract Line which she strives to make unique by changing up the idea of balance and form. Movement is very important to each piece; it should be fun and attractive to wear . Her latest line is The Power of Three Line. This silver line features a range of geometric shapes that feature three diamonds.

Carole believes that each design will suit a specific person; she believes the piece must call your name!!